No one expected that we would still be wearing masks, socially distancing and ordering groceries from the internet almost a year and a half later, but so we are. The situation is lamentable indeed, especially for single moms juggling jobs and in-home schooling and for widows and widowers unable to meet with friends. So we have become couch potatoes, computer-dependent, and telephone haunters. I became a Netflix and You tube dependent. I was feeling frustrated and guilty as I watched my neighbours riding bikes, taking hikes and generally being creative. I had to accomplish something.

I first ordered a kalimba for myself, hoping that I could learn to play it. I learned to play the first line of “Twinkle, Twinkle, Little Star” and the scales, but the music book I ordered was such small print and so confusing, I lost heart. I haven’t given it up, just put it aside for a time. Next I got out my yarn and began knitting, but there are only so many scarves and afghans a person needs. Besides, my knitting skills seemed to have regressed from lack of practice. I decided rather to teach myself to crochet.

My first efforts were funny little abstract shapes that ended up in my dish cloth pile. They make very good scrubbers. I discovered that all of my attempts to make a square ended up curling upwards. Finally, I decided to go with the flow and make something round. That is when I discovered that I could crochet a fair tam or beret. When I described my dilemma to a friend, she said that she knew my problem and as soon as we are able to congregate she will show me the secret of a crochet square. In the meantime, my family members may all get berets for Christmas.

A cricket beneath my window sill
Is singing all day long.
If I only knew the creature’s words
I’d join his chirping song.

Is he singing of the furnace sun
Burnishing summer’s fields,
Or crooning to a cricket lover
His passionate appeals?

My office has two outer walls and it gets frigid in the winter, so tonight as I sat shivering in my hockey jersey and regular slippers, I remembered that my mother had slippers made when we lived up in Aklavik. I remembered that they had deer hide and fur. I also remembered that I had put them in my cedar chest. They would be just the right addition to my already bizarre outfit. However, no one really cares what they look like when they are cold. Hence the snazzy beaded moccasins that are just the perfect fit and comfort. I would say that these moccasins are by far the smartest looking item in my wardrobe right now. There is a lovely warm fur (sorry animal rights people) trim around my ankles and below that more beading. They have colour coordinated wool tassels that hug my feet and they are accentuated by the gorgeous beaded panel that you see in the picture above. Thank you to the Inuit or Dene seamstress who fashioned them from my mother’s foot tracing. And thank you to Mom who passed them on to me.

So here I sit in splendid comfort typing these words on my computer, the first blog entry I have made in some months. It also brings to mind all the other little comforts we allow ourselves in this time of stressful living. Last week I made meatloaf for supper – a treat I remember my mom making years ago. I throw every leftover I can into my meatloaf and it does taste delicious, I must say. I spend a lot of time playing word games when I am not writing Sunday messages and bits of my on-going novel. I love Scrabble of course, and Wordsee, Word Search and crosswords. I have read all kinds of mystery novels and we watch British television mysteries to the point where my husband says that we should write the sergeant’s exam. I spend a great deal of time on Pinterest where I have two accounts, one so full that I cannot add any more to it unless I delete a lot of items first. And of course I knit or crochet while watching television. Neither of these pastimes will win any blue ribbons but they soothe my rattled nerves.

Last fall I indulged a dream of mine to learn to play an instrument, in this case an African “thumb piano” which I bought online and the book of music to go with it. So far my family has identified my awkward attempts as “The House of the Rising Sun” so I guess I am making some progress. So what I would love to know is what you are doing to fill your time. Have you gone hiking, taken up snow shoeing, learned a new language or begun to write a novel? Also, do you have any idea what I can do with several slightly wonky crocheted berets? My relatives are all “bereted out” or should that be “beretted “out? 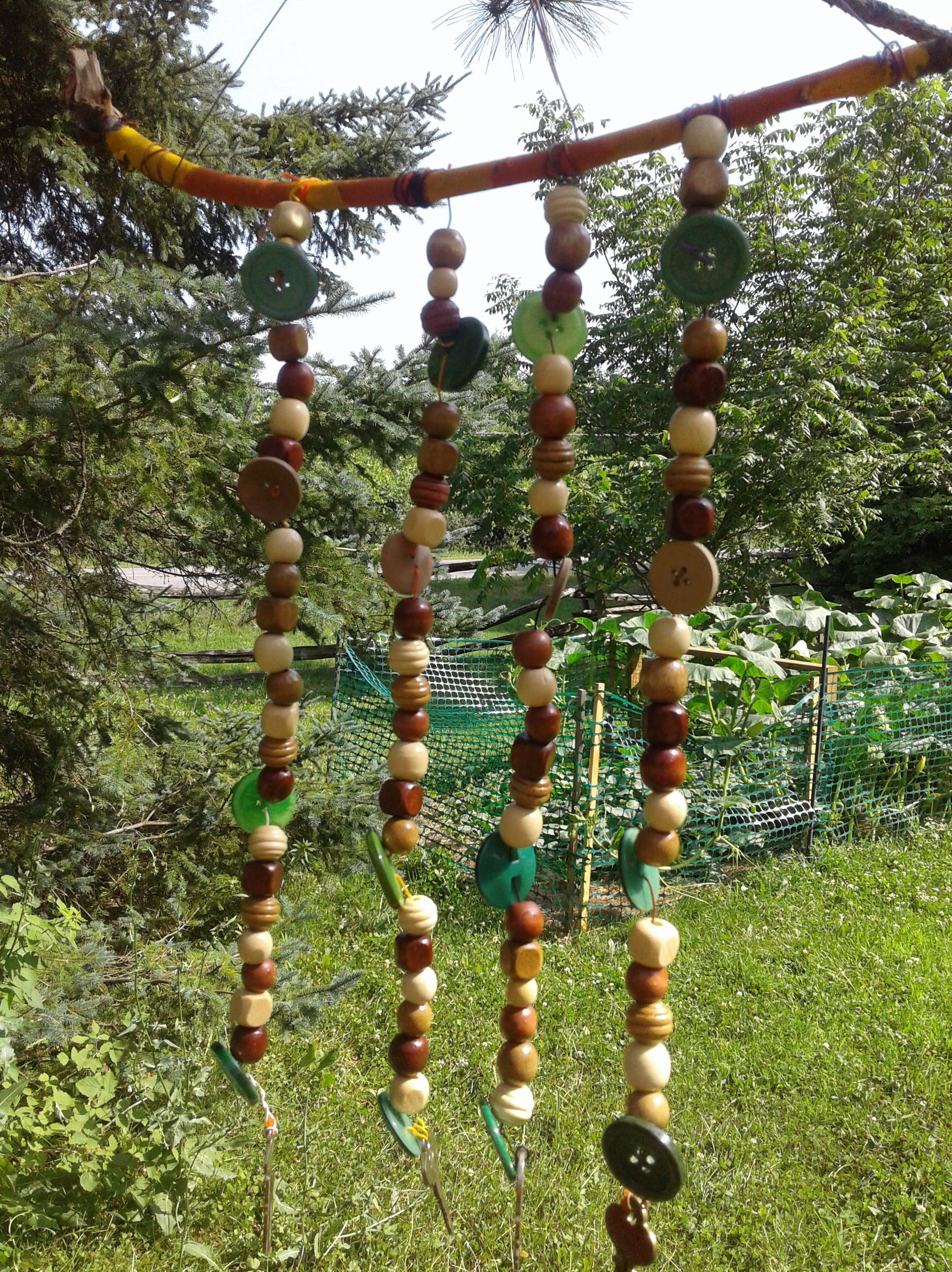 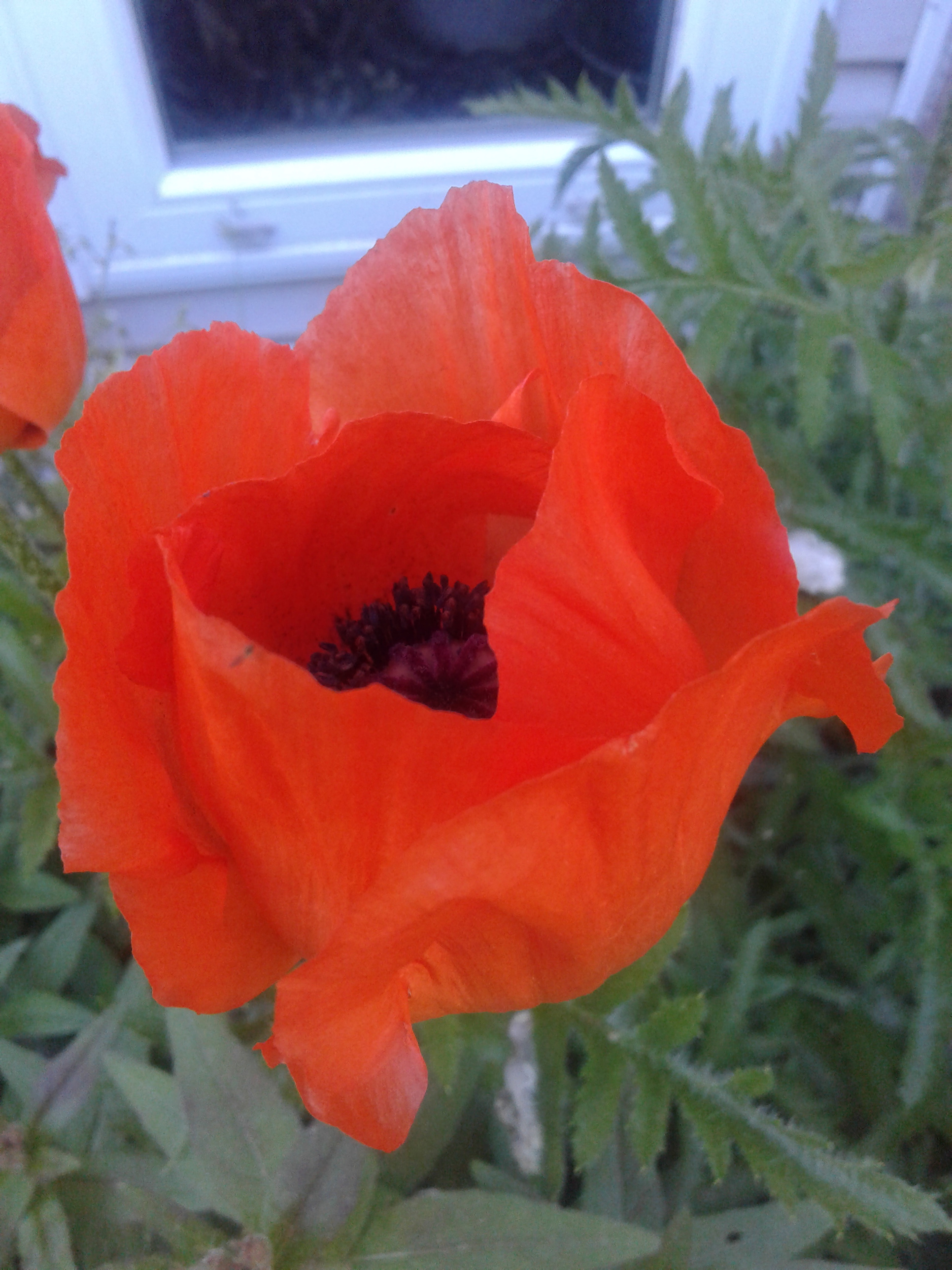 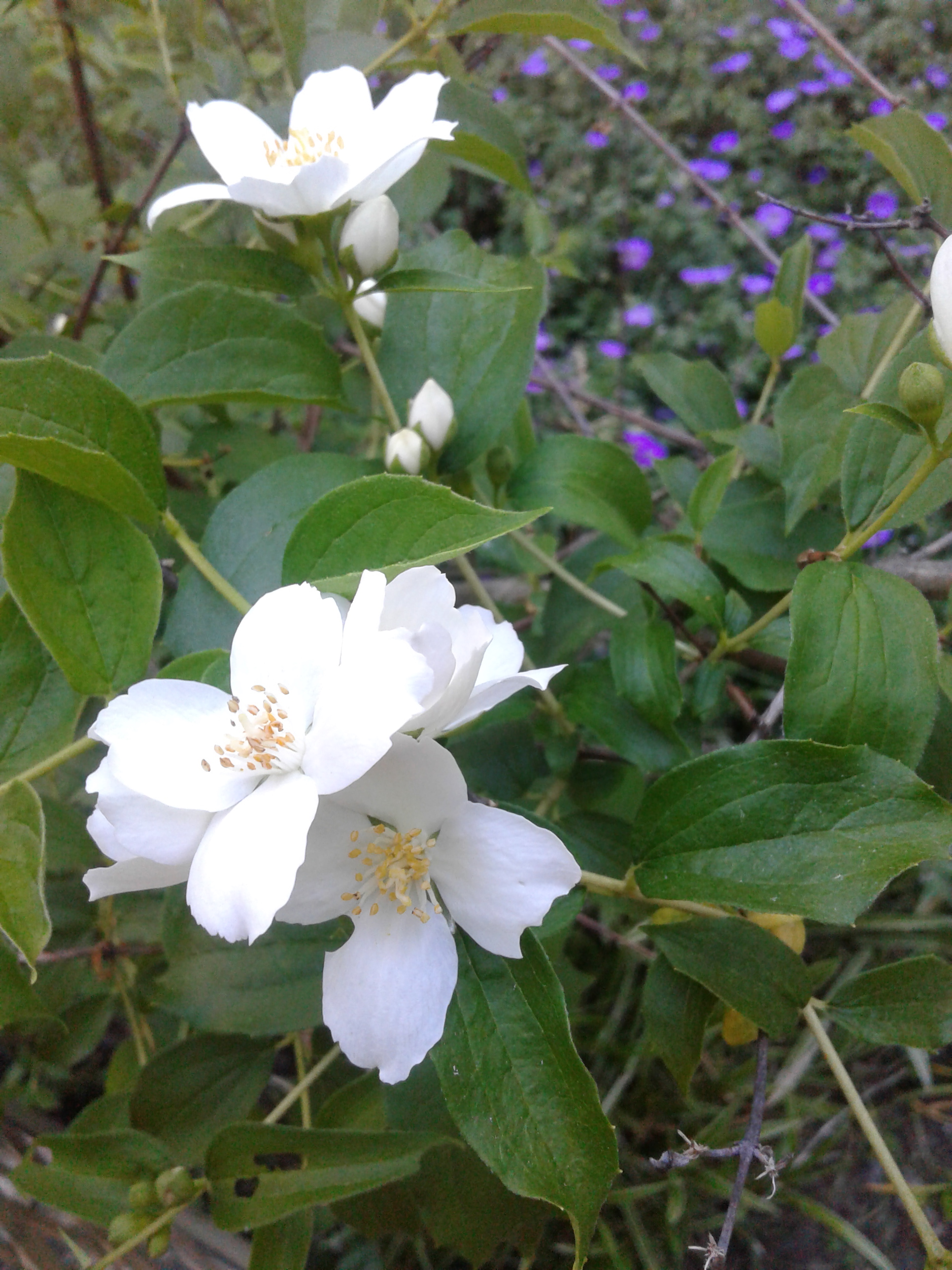 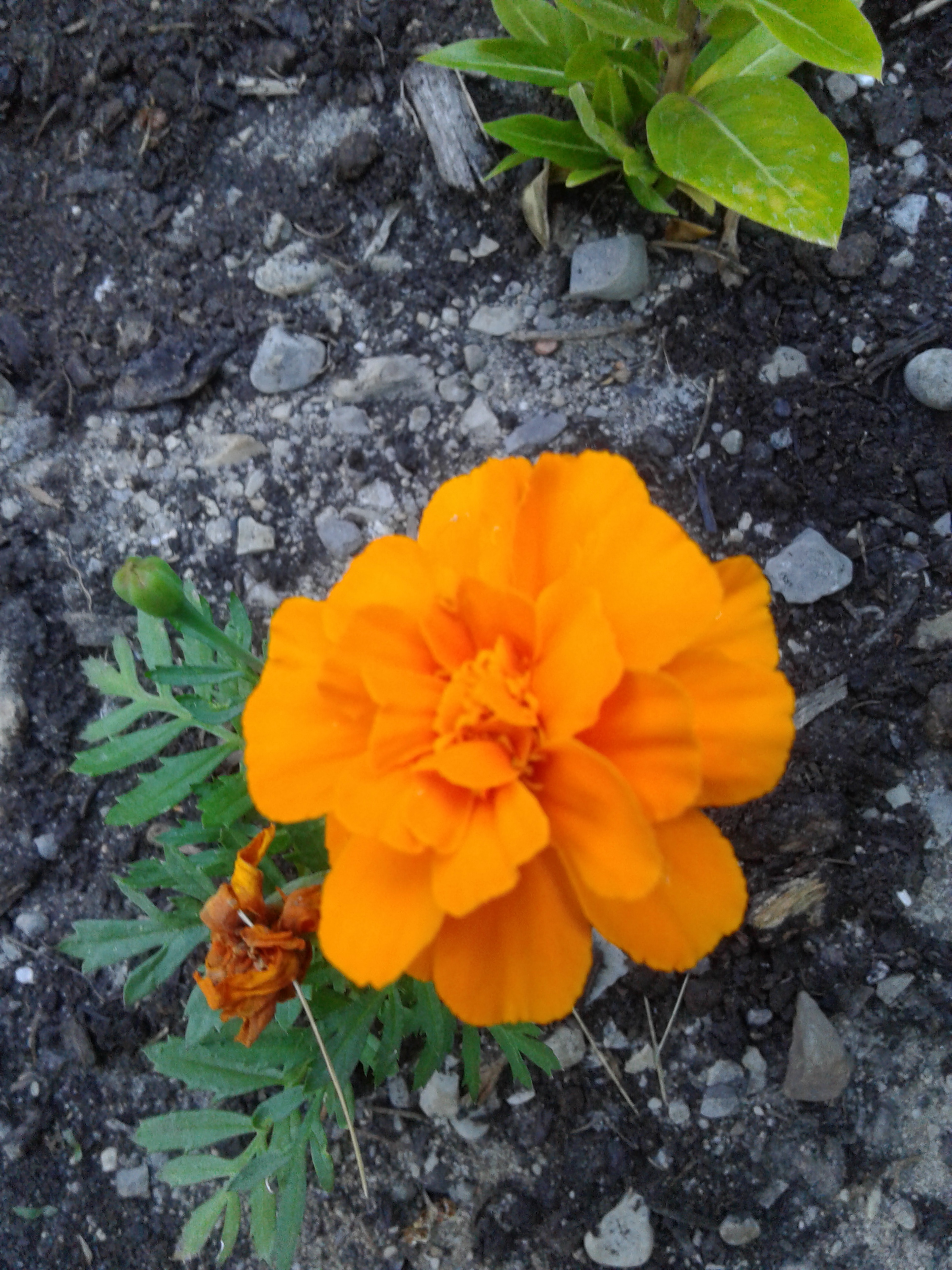 A Pop of purple geranium.

And last but not least, the potatoes have sprouted. 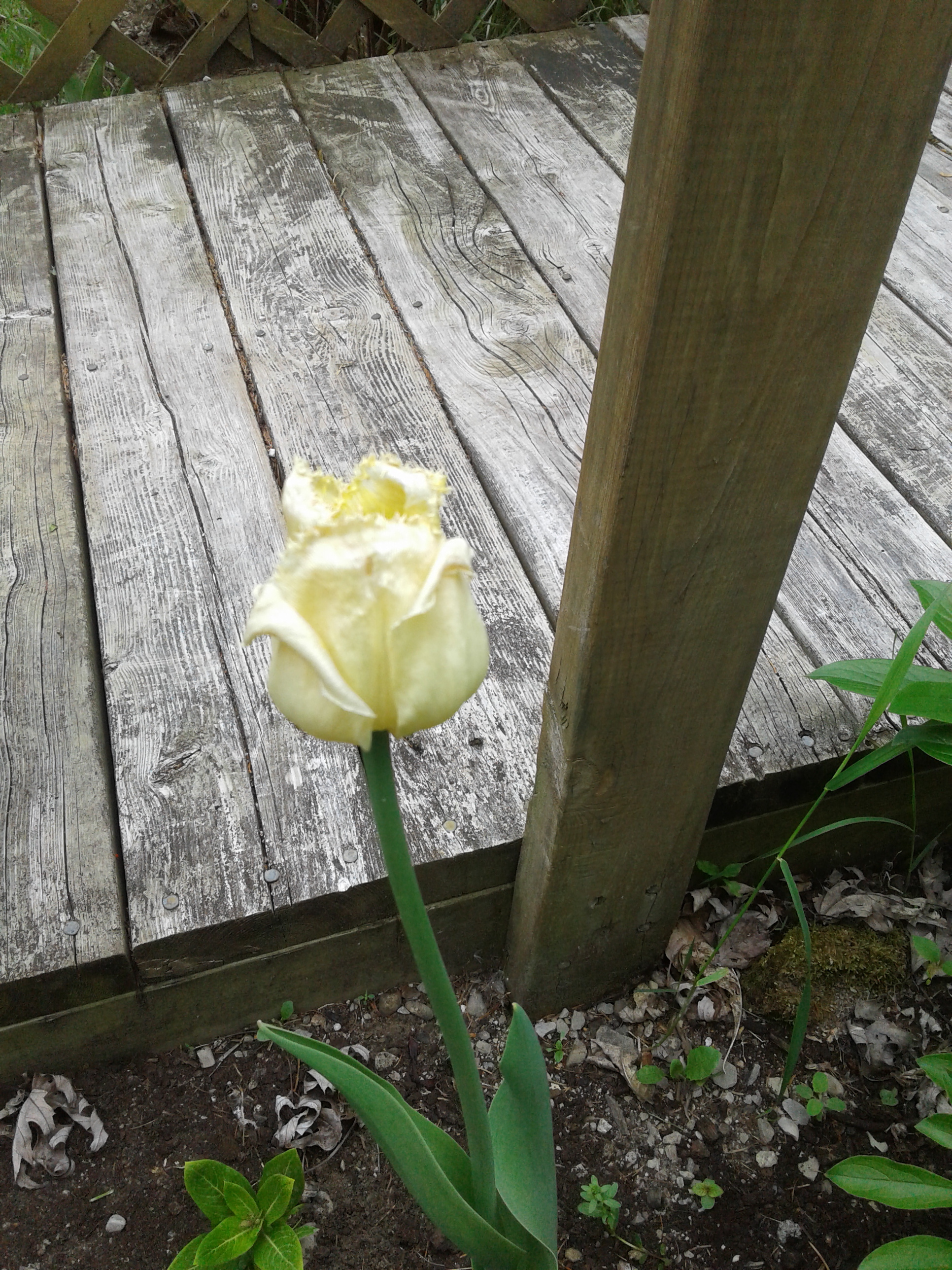