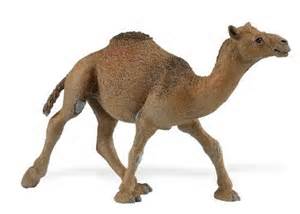 In all the countryside there were no finer trained camels than the herd that belonged to Amos, the Carpet-maker. He bought only the best of the best and so he needed to with all the carpets he had to ship from town to town. Every winter, before the cold winds began to blow hard enough to unwind a turban, Amos would search the market places for the most sure-footed camels to carry his carpets.

This particular year Amos left it later than usual to buy his camels and he was in such a rush that he decided to let his nephew Cephus, help.Cephus was a clever fellow, but he didn’t know much about buying camels. He thought he should buy the biggest ones and that is just what he did. Three of the animals were lucky choices. Unfortunately, the fourth one was clumsy. He tried hard to keep up with the others, but he never seemed to be able to untangle his long legs.
Amos was very upset with his nephews purchase, however he was already late starting his journey and many people were expecting him to bring them beautiful new carpets. The camels were groomed, saddled and laden with his merchandise. Amos put Cephus up on the clumsy camel to teach him a lesson.The journey was long and dusty and the nephew did not enjoy the ride. He pitched and swayed and almost fell off many times. He called the clumsy animal all kinds of names, but none of them nearly as mean as the ones the other camels gave it.
“Stumblefoot” was as miserable as Cephus. He wanted desperately to be a good camel, to travel over the sand as gracefully as the others, but the harder he tried the more clumsy he seemed to be. Finally, the nephew made a marvellous deal with three dusty looking old gentlemen travelling towards the east. They needed an extra camel to carry their luggage and thought that Stumblefoot could certainly do the job.
Amos was glad to be rid of Stumblefoot and os he was pleased with his nephew’s clever sale. After paying twice as much as the nephew had, the old gentlemen saddled up Stumblefoot and off they went, travelling eastward with the laughter of the other camels ringing in Stumblefoot’s ears.Stumblefoot was determined to do his best, even though he knew he wasn’t as surefooted as the other three camels. The three old gentlemen soon discovered the mistake they had made, but they were kinder to Stumblefoot than Cephus had been. they knew their luggage was heavy so they lightened his load as often as possible.
Eventually they arrived at their destination, tired and thirsty. First they stopped at a huge palace to ask for directions. They left the palace shaking their heads and mounted up again. Evidently, no one at the palace had ever heard of person they were seeking. Finally, they arrived not far from a small village. They stopped to consult their map and sky charts. It was a beautiful night, full of starlight and almost as bright as day. After arguing amongst themselves over which road to take, the three dusty old men once again mounted the camels and started down the road towards the town. They seemed to be following the brightest star and Stumblefoot, who was concentrating very hard on his feet, didn’t notice when they halted. He pitched headlong into one of the other camels and almost knocked over one of the old gentlemen into the haymow of a stable.There erupted a great braying and snorting and the other camels tried to bite Stumblefoot. Slowly, he got to his feet whimpering and apologizing in camel noises and hanging his head in shame. Instead of beating him as Cephus had many times, the old gentlemen quieted the other camels and had them kneel so they could dismount.
There was something very peaceful about the house to which the old gentlemen had come. Everyone was hushed and even the animals seeded to be quietly at attention. Stumblefoot couldn’t see over the backs of the other camels, but the voices of the old gentlemen were almost whispering and one by one they came to him and lightened his burden.
Stumblefoot knew what each chest contained because he had asked the other camels. The chest of gold weighed more than the ones with the flasks of frankincense and myrrh. He was very glad to be relieved of it. Stumblefoot was also glad to kneel because he had hurt one of his legs when he stumbled. It hurt so much that when the old gentlemen came back to remount their camels, Stumblefoot couldn’t get move.
“What will we do?” the old gentlemen wondered aloud. “We must leave before dawn to return to our homes before winter sets in.”
“I will look after your camel,” someone said from the shadows of the stable beside the house. Stumblefoot felt a strong but gentle hand on his bridle. “My wife and child need a strong camel to carry them with me into the desert. May I buy your camel?”

The old gentlemen looked at each other in great concern. Stumblefoot knew that they didn’t think he was such a good bargain for the young family. They told the man about his clumsiness and protested that they mustn’t take his money.
The kind man examined Stumblefoot and made him stand up so that he could look at his leg. It hurt to stand , but once up, Stumblefoot didn’t feel quite so bad and each time the kind man touched him he felt a little bit better. The old gentlemen were finally persuaded to accept the money that the kind man offered them and moved their luggage from Stumblefoot’s back to the backs of the other camels. They soon moved off into the darkness away from the morning’s first glow.
In the next day or so Stumblefoot had lots of care from the kind man and his leg got better and better. One dark night, the kind man came into the stable and saddled his donkey. Stumblefoot watched him hurry to collect his wife and young son.
“Perhaps they will leave me behind,” Stumblefoot thought sadly. “Maybe I’ve been sold to someone else. I’m too clumsy to carry such an important burden.”
Quietly the kind man helped his young wife up onto Stumblefoot’s back and then lifted their young son up to her. Stumblefoot trembled. never had he been given such a big responsibility! What if he tripped over his clumsy feet now? The mother and child would be badly hurt. His camel heart beat wildly within his chest as the kind man prodded him gently to his shaky feet. Quietly, because somehow he knew from the kind man’s firm hands that being quiet was important, they walked out of the sleeping town into the dark countryside. Not once did Stumblefoot trip or miss a step. he was amazed at how graceful he had become. He was gliding over the desert sands just like the other camels he had always admired.
Stumblefoot knew he was carrying a cargo more precious than gold. He was carrying Mary, and her child, Jesus, the King of Kings. Carefully his feet followed the donkey in front of him all the way into Egypt. Never again did anyone call him “Stumblefoot”.

An Archive of Curious Facts for the Curious